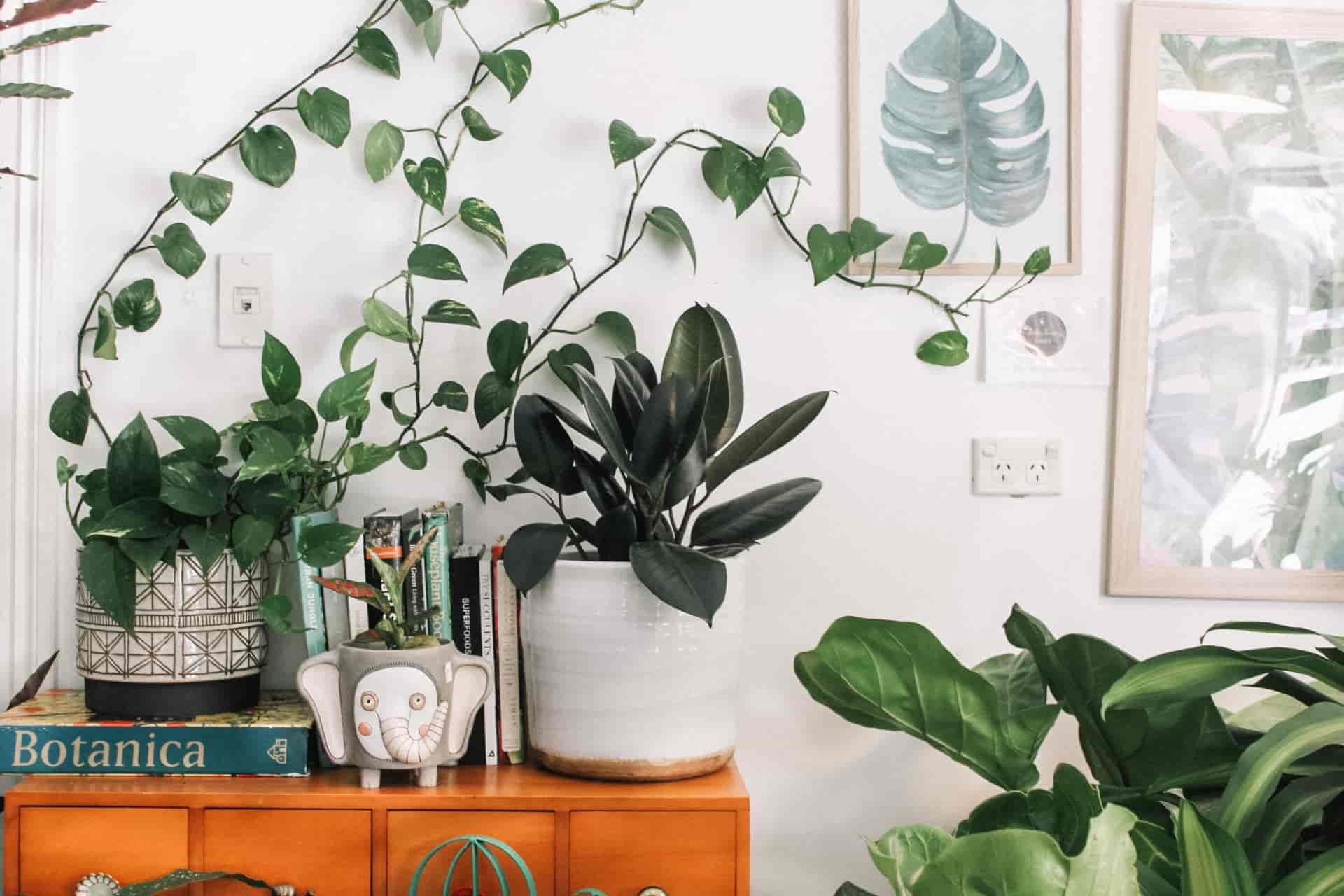 Most of the plants are autotrophic in nature, and they create their own food using water, carbon dioxide, and light through a process called photosynthesis.

Plants are phenomenally crucial to organisms. They have a great capability to prepare their own food from carbon dioxide in the atmosphere, hence known as multicellular organisms.

Besides, these green creatures are the base and foundation of various food webs and animal life that would not exist if plants were not around.

There are innumerable plant species present on Earth that work together to maintain life on this planet.

Though we all know that they work tirelessly during the daytime, what do they do at night? Here we will come to know about some of the interesting things that they perform at night. 1. 2. 3

What Do Plants Do At Night?

We people have an assumption that plants thrive due to photosynthesis, but that’s not completely true. This is where the wrong idea of plants only growing during the day comes from.

Apart from photosynthesis, other phenomena help in proper plant growth. What is that? The process of respiration is what keeps them alive and helps them to grow.

So, even though photosynthesis stops when the sun goes down, respiration does not.

As plants continue breathing, irrespective of the time, they also continue to grow at night.

Besides, plants seem to grow faster at night, but although this is true for some plants, most of them grow at the same rate as they did during the daytime. 1.

Respiration is the most vital form of life in every living organism, even plants. They carry out the exchange of gases through cellular respiration, which is completely different from humans and animals.

To be very coherent in my point, photosynthesis only happens during the daytime when there is enough sunlight as they need to take in carbon dioxide, light energy, and water to produce glucose and Oxygen.

On the other hand, in respiration, plants require glucose and Oxygen that further releases heat energy, water, and carbon dioxide. 3. 5

Plants breathe even if their stomata are closed during the night. However, not all plants have their stomata closed at night, and some don’t leave them closed all night.

Even when the stomata are “closed,” oxygen respiration is not fully blocked. It is simply restricted. It is essential for the plant to intake much Oxygen during the nights to start the process of respiration.

The plants are pretty knowledgeable about the several times of the day as they have circular rhythms that are tuned to the cycles of darkness, and eventually, this creates an effect in their further activities.

The “food” or glucose that they prepare during the daytime is stored for the night as well. Due to this, they get enough energy to conduct the process of respiration properly.

During dim or low lighting conditions, the photosynthesis rate is the same as that of respiration.

Plants absorb the Oxygen they create through photosynthesis and also use up all the carbon dioxide they had formed through respiration.

Due to this, they release carbon dioxide and intake Oxygen to survive the dark nights.

That’s why it is said that you should never sleep under a tree during the night as your body won’t get much Oxygen, and you might end up taking in large amounts of Carbon Dioxide that is harmful to your system.

What liquid do these green creatures consume? Water! No, we don’t mean they drink any hard or soft drinks like humans, but they do drink at night.

However, the rate of water consumption is quite less as compared to that in the daytime. Due to this, there’s less water evaporation through the night as the temperature tends to be lower. 2.

Plants Do Math At Night

It may seem silly, but they do. They don’t calculate like humans; still, they have to calculate how much food they can safely eat before the next sunrise.

Their chemical calculator makes them aware of how much energy they stored that day and divides that amount by night length. The chemical reactions within their cells do the crunching of the numbers automatically.

Do Plants Do Most Of Their Growing At Night?

The absence of light actually invigorates plants to grow the fastest at night.

Plants have phytochromes that act as sensors and detect the absence of light, thus encouraging the production of growth hormones, which further enables the plant to stretch in search of light.

The same process helps plants accustom their foliage to light and helps seedlings stretch in search of light.

Plants avail of sunlight for photosynthesis. They function like miniature solar panels by absorbing and storing the sunlight that is further used after dusk.

When sunlight hits the leaves, it actuates tiny chloroplasts in the plant cells.

This energy is then used to convert CO2 and water into Oxygen and glucose.

The CO2 is then liberated into the air as a waste product while the remaining Oxygen and glucose can be utilized for sustenance and growth or stored in roots, leaves, or fruits for later use.

During the day, the plants use sunlight as far as possible, which would be beneficial for making a lot of the food and storing the excess. Not only do they grow, but also their growth is supercharged.

They set forth to perform this by trying to understand how hormone biosynthesis correlates to rhythmic plant growth.

They effectuate this by first looking at plant phytochromes that ascertain the amount of shade the plant is fetching.

If the plant is fetching too much shade, growth hormones are sent to elongate the shaded part of the plant, thus increasing the plant’s chances of reaching more sunlight.

The particular growth we see in the plants is determined by photoperiodism or the amount of daylight or darkness a plant needs to grow.

If you specifically distinguish between short-day and long-day plants, you will observe that short-day plants usually require more than 12 hours of darkness for several weeks to bloom.

They mostly bloom in the winter or spring because this coincides with shorter days and longer nights. Long day plants need less than 12 hours of darkness to bloom.

They bloom in the summer when the days are long. And, some plants remain unaffected by day length and are usually known to be day-neutral plants.

For ex.:- cucumbers, tomatoes, and corn. Some biologists have proved that plants grow the quickest just before dawn and that this growth happens in spurts that far surpass the rate of growth at other times of the day. 3. 4. 5

Chloroplasts are tiny membranes or organelles that soak light energy for photosynthesis.

They help the plants in photosynthesis or to generate energy, which is used for respiration. The chloroplasts shrink during the night as they stop the process of photosynthesis and release their stored energy.

Also, flowers and buds close at night as their main function is reproduction, which is supported by pollinators that are active in the daytime. Hence, the plant’s growth is unaffected at night.

Basically, this is a misinterpretation that plants can only grow during the daytime while executing photosynthesis, ignoring that respiration also aids in the plant’s growth.

During respiration, plants store glucose and Oxygen, which further helps them in producing carbohydrates. For this, no sunlight is required, which encourages plants to continue their growth process even at night.

Do Plants Breathe At Night?

Plants do breathe at night; as we know, plants release carbon dioxide and intake Oxygen. That is the basic reason a person should not sleep under a tree during the night.

However, some plants can intake carbon dioxide during the night as well because of their capability to perform a type of photosynthesis called Crassulacean Acid Metabolism (CAM).

Plants are obviously the chief and central pillar of the existing elements on this Earth. We all must have the basic idea about their growth and life system.

They supply food, air, habitat, medicine and help to distribute and purify water. We should always be grateful to the almighty for bestowing such a blessing on us. 2. 5.

We should realize the plant’s worth and assure ourselves that we celebrate and help conserve them and in the process of their growth. We should plant small saplings inside our house, which are known as ‘houseplants.’

They will genuinely be helpful for our breathing too. Snake plant, Tulasi plant, aloe vera plant, peace lily, etc., are the plants that can stay alive with minimal sunlight, and it would be a healthy growth mutually for us as well as the plants.

So plants have magnificent attributes that create a soothing atmosphere for us human beings. 4. 5

1. What do plants do at night: http://blogs.evergreen.edu/pim-group7/understanding-nyctinastic-movement/