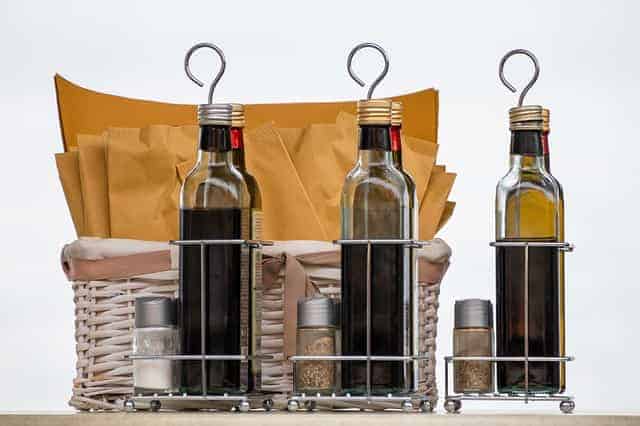 Committing a faux pas is a natural part of life. So, it makes sense that it also applies to the realm of gardening- a veritable minefield of accidents that can potentially have adverse consequences.

At the risk of sounding overly cautious, one does need to be careful in the garden. There are pits to sidestep, rakes to avoid tripping over, thorns to expertly walk around, and piles of mushy leaves to jump over.

Vinegar, it should not be too hard to presume, is not suitable for plants. A standard reagent is used in minute quantities to boost plant growth( only certain kinds). It is not unlikely that an unsuspecting gardener might one day employ the acidic liquid too liberally.

What follows the accidental spraying of vinegar on a plant

If you have accidentally sprayed vinegar on a houseplant, the first thing to do is rinse the affected areas with water thoroughly.

The amount of water you employ depends on the size of the plant and the amount of vinegar spilled. It also has to do with the age of the plant in question. The remedial measures for a young plant are different from those for an older plant.

Timing is key. Young plants are far more susceptible to lasting damage due to vinegar spills and must be immediately flushed. A delay causes the vinegar to dry out and damage the tender membranes. Perhaps irreversibly.

Older plants, even though tougher, should also be catered to with haste. Older plants withstanding significant damage are known to recover after a season, provided that you wash off the vinegar quickly.

What happens when you spray vinegar on plants?

Household vinegar( apple cider vinegar or white vinegar) is often known for purposes that boost the growth of houseplants.

And while that might hold in the case of select varieties( but more about that later), vinegar is generally harmful to plants.

A tart acidic liquid with a pH value of approximately 2.5, vinegar, contains 5 to 8percent acetic acid by volume.

That is significantly large and reacts with the cell membranes of the leaves, drying them out and destroying them.

What is interesting here is that the vinegar impacts only affected areas- the traversal is barely significant. An affected leaf will not make a difference to the existing root structure.

Even if the leaf in question happens to die due to extensive damage, it shall not unduly affect the root system in place. New leaves shall eventually sprout.

In most cases of percolation of vinegar in the soil, the root system absorbs the liquid and does not cause any lasting damage. It holds especially true for mature perennials.

Will vinegar damage my plants?

Yes. The extent depends on the amount of vinegar we are talking about and the type of plant in question.

Vinegar, being an acidic reagent with a pH of 2.5, reacts with cell membranes to burn and destroy. It also dries up the natural fluids that leave contain and causes immediate wilting.

There are, however, certain plants that flourish in acidic environments. Vinegar, when applied with a careful hand, can boost growth (yes!). Some examples are gardenias, azaleas, and most cacti.

Woody perennials, as mentioned before, are generally immune to some vinegar and can benefit from it.

Succulents are somewhat susceptible to scars caused by vinegar burns. Herbaceous plants are the most sensitive of the lot and often succumb to even relatively small quantities of vinegar. Rinsing, if not done with immediacy, fails in reviving affected leaves.

The reason why we sometimes use vinegar concentrates on plants is because they act as effective weed killers. A preferable alternative to chemical weed killers, they are often recommended for infrequent use in moderation.

What vinegar does is dissolves the waxy coating that protects a cell’s ability to keep in water. The water escapes, the cell dries out. And while eminently suitable for a weed, the consequences do not fare well for a houseplant.

The one upside of incidental application of vinegar to a plant is that it only affects the coated foliage. Underground roots and bulbs are usually unscathed in the wake.

How much vinegar will kill a plant?

An organic weed killer often used by gardeners, vinegar takes around a day post-application to kill a weed. Sometimes the duration may be longer owing to the demise of just the leafy parts, while the actual plant still lives.

The level of damage also has to do with the pre-existing condition of the plant. A younger plant will, naturally, succumb quicker. An older plant will, too.

A well-tended plant is known to hold out for longer, no doubt due to other favoring factors( regular watering, a good potting mix, enough nutrients, etc.).

It is another reason why gardeners and nursery owners recommend keeping up a strict schedule of feeding and care to ensure robustness.

A healthy plant is less susceptible to both disease and an accident misstep, i.e., the spraying of too much vinegar.

Vinegar, when diluted with water, is a preferable alternative to plain, undiluted water. Vinegar, as mentioned earlier, is acidic.

It alters the soil pH, and while an acid-accustomed plant might fare better in its wake, most others don’t. Measurement is the watchword here, in addition to quantity.

Mistakes in the realm of gardening are common. And not to be feared, for solutions do exist. Quick action is a big help, as is exercising extra caution if you choose to use vinegar to boost the growth of your plants.

Remember- remedial action only works when implemented in good time. Thorough rinsing is the first step to be taken, of course, followed by a prosaic, if slightly harsh, pruning of the plant parts that have been affected most.

Keep these things in mind, and you shall almost certainly avoid disastrous consequences!