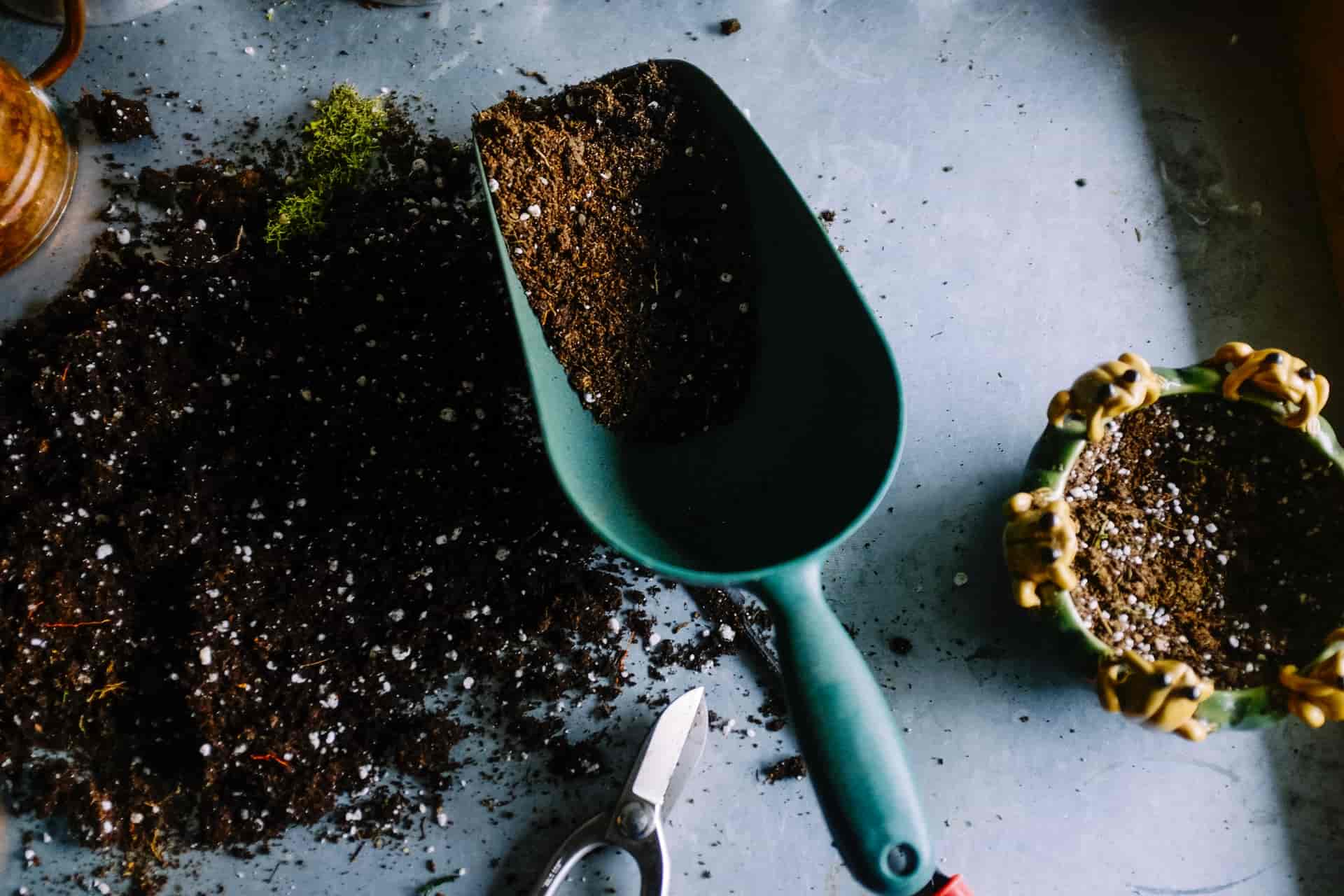 If you love growing plants, then you know the importance of potting soil mixture. These mixtures are specifically made to grow young seedlings and help them get enough nutrients to turn into beautiful plants.

But, most of the time, we bring excessive potting soil and forget to use it, which further leads to the mixture remaining unused for months or even years.

So, is it okay to use old potting soil? Won’t potting soil become moldy or go bad after such long intervals? If such questions linger in your mind, too, then you are at the right place.

We would be answering everything related to potting soil and whether it is okay to use them after months of buying. 1.

Well, the answer to this question is not that simple, as potting soil can remain good if stored under good conditions. If the bag is unopened for a few months, then you can use the mixture for your plants without much worrying.

But, if the bag is open, then make sure to check the mixture properly and then use it.

That’s because, most of the time, potting mixtures can develop certain fungi and bacteria that can cause some severe plant diseases. However, you can continually rejuvenate your old potting mix with a little bit of effort and use it again. 1. 2

How Do You Know If Potting Soil Is Bad?

There are specific ways in which you can know whether the potting soil is good to use or not. Below are the signs of bad potting soil that you should completely avoid using if you want your plants to remain healthy.

The first clue to knowing whether the bag of the potting mixture is good or not is from its smell. If it’s emitting a rotten smell, then you should discard the entire bag immediately.

However, if you have a large amount of potting soil, then there are ways to use it even if it smells terrible.

The smell comes from anaerobic bacteria that grew in the dense soil without any oxygen.

You can easily kill the soil by spreading it out in the open sun. Continue this process for at least a week so that all bacteria are killed. After that, you can safely use the potting mixture for your plants. 2. 3

If you have left a bag of potting mixture in a cupboard, where the temperature is quite warm, there are high chances of mold formation.

Such potting mix can easily kill off your plant as there’s no way for draining out water, which would further lead to root rotting and other similar situations.

How to treat moldy bags of potting soil? Keep the soil in a well-ventilated area and let the soil dry naturally.

Once it’s dry, the molds will disappear, and the mixture would be good to use.

Insects love potting soil as it contains high levels of nutrients. If your potting mixture bag has small insects, then there are high chances that it is already infested with fungi and other similar pests.

Fungus gnats are tiny insects that live off in damp soil with low oxygen levels as it favors a higher reproduction rate in the community.

If your bag is filled with such insects, then start treating the soil with a proper insecticide. It would easily kill off the insects and larvae and retain the properties of your soil mixture.

You can also use yellow sticky traps to remove the insects from the bag.

It can easily catch adult gnats and prevent the mating period of the insects. Apart from that, make sure to let your potting soil dry out in the open air for a few weeks before using it. 3. 4

No, unused potting soil won’t go bad if you store it under the right conditions. Make sure to keep in places where the temperature is neither too warm nor too cold.

This would prevent the bag from becoming moldy or wet. On top of that, make it a habit to dry off the potting soil in the open air for a few days before you go ahead and use it.

How Long Is An Unopened Bag Of Potting Soil Good For?

An unopened bag of potting soil can remain good for at least five months. You can use it without any problem or worries.

But, make sure to inspect the mixture before putting it in your pots.

If the soil mixture shows any of the signs that we have stated above, like a bad smell, insects, or stickiness, then either treat the mixture or discard it immediately.

Can You Revive Old Potting Soil?

Yes, you can revive your old potting soil mixture with some simple steps. Here, we have mentioned the ways in which you can reuse the soil without causing any harm to your plants.

The first step to rejuvenate your old potting mix is by air drying it naturally. Lay out the soil mixture on a tarp and spread it out in a thin layer.

Remove all the stones, grass, and other debris that you find and break down the lumps.

It’s better to use a garden rake for the job as it would help you to go through all layers of the mixture. 2. 4

The next step is to clean your soil mixture with the help of water. Do not try to spray water on the tarp as it would easily damage and reduce the quantity of the soil.

Instead, take a bucket with holes at the bottom and fill it completely with soil. Add water to the bucket and let the excess water drain out from the holes.

Once the draining is done, use your rake and take out the soil, and lay it out in the tarp.

Watering the soil helps in loosening it and making space for adding nutrients. Besides, it also improves the drainage condition of the soil.

This mixing process helps the old soil to transfer essential nutrients to the new mixture in return for other properties. After you are done with the mixing, measure the pH level of the mixture. Make sure that it’s 6.4.

The next step is to add fertilizer to your fresh batch of soil mixture. Take a small amount of fertilizer, say one spoon, for every gallon of the potting mix. Moreover, make sure that the fertilizer has a high amount of macronutrients.

Now, you need to store your potting mixture in containers for at least two weeks.

Do not keep it in places where the temperature is warm, as it can easily spoil your hard work. It is advisable to use dark storage places to keep the potting soil. 2. 3

Potting soil is one of the garden essentials that every plant parent needs to have. But the problem is that these mixtures are sold in bulk, and you cannot use the entire bag in one sitting.

That’s why you need to store the mixture properly so that you can use it in the future.

But, how to store potting soil properly so that they don’t go bad? Here are some tips that would help you to keep your potting soil safe for future usage.

Like you repot your plant every year and add new fertilizer, you also need to keep your potting soil fresh throughout the plant’s journey.

It is quite difficult to maintain the quality of the potting mixture as it gets easily affected by changing environmental conditions.

But, there are some ways through which you can preserve the freshness of your potting soil mixture.

Below are the tips that would help you to keep your soil mixture fresh and healthy for a long time.

Growing a plant is a huge responsibility, and you need to take proper measures to ensure that it doesn’t get sick. One of these measurements is making sure that your potting mixture is fresh and reliable.

Why? That’s because potting soil contains essential nutrients that help the plants in getting their daily dose of vitamins and phosphorus that would help them grow.

However, you need to make sure that your bag of potting soil doesn’t get worse after prolonged storage. If the soil gets infected, then it would become difficult to use it. So, always keep an eye on your potting soil container and dry it out from time to time. 3. 4. 5